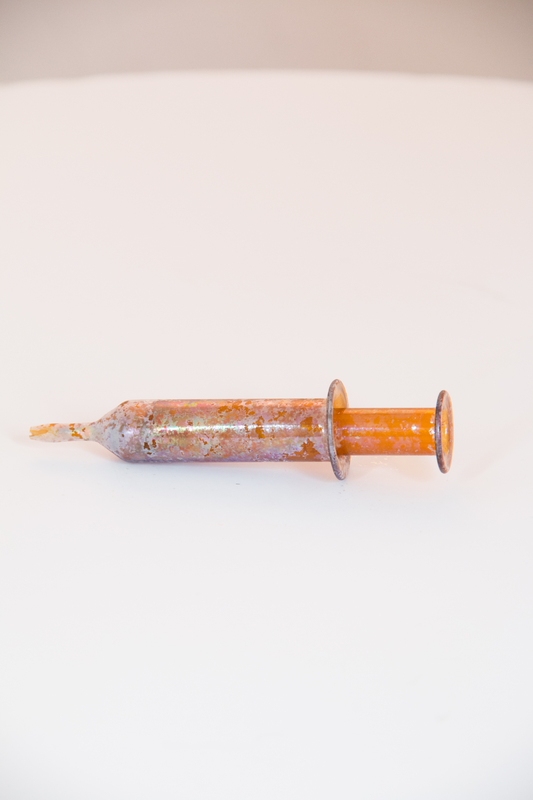 In the second half of the nineteenth century and the early part of the twentieth century, doctors and patients at home relied on glass syringes to treat various conditions, including venereal diseases. Unlike hypodermic needles, these artifacts, also called “male” syringes, did not inject medicine subcutaneously. Instead, these syringes irrigated or flushed the visibly infected parts of the body. The “male” syringe entered the tip of the penis to flush the symptoms from the urethra. In addition to the discomfort, these treatments failed to cure the venereal diseases and only masked the symptoms for periods of time.

Read more about this object: https://omeka.camden.rutgers.edu/items/show/16

Recovered from excavation prior to construction of Rutgers-Camden dormitory at 330 Cooper Street, Camden, N.J.

Collection of Rutgers-Camden Center for the Arts