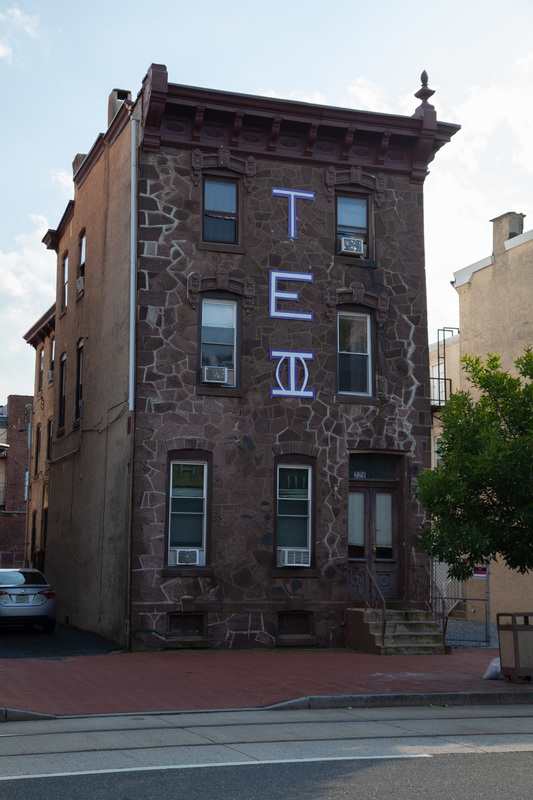 In the wake of the Civil War, a young widow contracted for a new house to be built at 228 Cooper Street.

Among the many women who headed households on Cooper Street, Sallie Ackley had a distinction: In 1867, while still in her 20s, she independently contracted for construction of a new home. The three-story Italianate townhouse at 228 Cooper Street survived into the twenty-first century. It represents a young woman's story of survival in the wake of tragedy and offers a connection to the early nineteenth-century settlement of Camden.

Sallie Ackley was born into the Wilkins family, early settlers of Burlington County. Her grandfather, Isaac Wilkins, moved to Camden to go into the lumber business on the Delaware River waterfront, and in 1814 he purchased lots at Third and Cooper Streets as well as Third and Market. These properties passed by inheritance through the Wilkins family, including the land for 228 Cooper Street.

Sallie Wilkins became Sallie Ackley in 1864, when she married a local doctor, Henry Ackley, at St. Paul's Episcopal Church. Her new husband had recently returned from service as U.S. Navy surgeon, but with his health irreversibly damaged by a bout with yellow fever aboard the USS San Jacinto in the Gulf of Mexico. He and Sallie had little more than a year together before he died of tuberculosis in December 1865. Six weeks later, Sallie gave birth to their son, Henry Wilkins Ackley, whom she had baptized at St. Paul's in July. Another tragedy followed, however, when the child died just short of his first birthday. It was the latest in a long line of family losses, in that Sallie's parents also had died during the war years.

Although tragic, the circumstances conferred both independence and resources on Sallie Ackley, enabling her to contract for the house at 228 Cooper Street. The land was then owned by her brother, Richard C. Wilkins; it stood adjacent to her grandfather's former property on the corner of Third and Cooper, which had passed by inheritance to her aunt Eliza Davis. Sallie paid $7,500 to Harden and Brothers Contractors to build the house, and she specified the Trenton stone facade unlike anything else on the block. By 1870, at age 28, she headed a household consisting of her brother Richard, a 23-year-old veteran of the Civil War; her aunt Eliza (then age 73, she sold the corner house next door); and two domestic servants. Her activities included serving as a manager for the Camden Home for Friendless Children, and in 1874 she bought the land under her house from her brother for $1,000.

Sallie Ackley's life took a new turn by 1877, when she married a Camden bank teller, Nathan F. Cowan. They continued to live at 228 Cooper Street while rearing three healthy sons, two of them twins. Around 1888, they followed the trend of many of Cooper Street's professional-class families and moved to a suburban home on the Pennsauken Township border with Merchantville.

Photographs of the Wilkins family, including Sallie and Richard, are posted on the website dvbs.com.