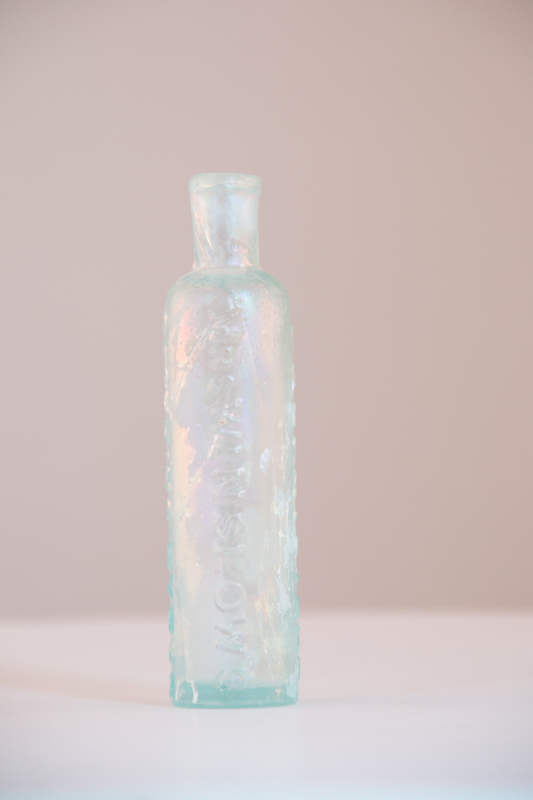 Mothers in the late nineteenth century used Mrs. Winslow’s Soothing Syrup, made by Curtis & Perkins of Bangor, Maine, to ease their babies’ teething pain and other ailments. It lived up to its name, soothing distressed children into a peaceful sleep, a far cry from the painful medical practices of the era. Composed of a high dose of morphine dissolved in grain alcohol, the product caused many infant deaths throughout its lifespan. A series of federal laws passed in the early twentieth century forced a reformulation. Stripped of intoxicating qualities and increasingly obsolete in an age of “scientific” child-rearing, it was quietly withdrawn from the market around 1920.

Read more about this object: https://omeka.camden.rutgers.edu/items/show/11

Recovered from excavation prior to construction of Rutgers-Camden dormitory at 330 Cooper Street, Camden, N.J.

Collection of Rutgers-Camden Center for the Arts